Our award winning team carries vast experience in all aspects of business as well as the kitchen and furniture industry. 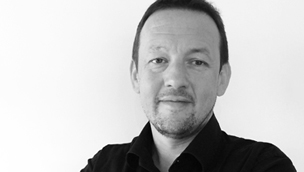 Born and raised in Northern Ireland, David started his career as a Civil Engineer in Belfast.  He has always had a passion for Interior Design and Spacial Planning and was heavily involved with his father in property development.

While working as a Civil Engineer on a large residential development he was introduced to Poggenpohl, the oldest kitchen company in the world. David started working as the Operation’s Manager/Designer for Poggenpohl Interiors and quickly found his calling. In the year 2000 he won the Poggenpohl UK Design Award.

David moved to Australia in 2001 with the goal of opening a Poggenpohl studio in Melbourne and a vision to provide design, cabinetry, appliances, benchtops and splashbacks in one location.  Today, David enjoys a hands-on role heading up the design team at Pepper Design.

My favourite showroom piece:
“I love the Poggenpohl Demonstration kitchen on our first floor – it is theatrical and functional and hosts all the best of our Gaggenau appliances”

Born and raised in Germany, Sieglind grew up with an appreciation for quality and service.

She started her career in Banking and, after moving to Australia, has worked in sales, administration and finance. Since moving to Melbourne, she has become a business identity with over 25 years in financial control and senior management of companies specialising in importing of premium products across a variety of industries. 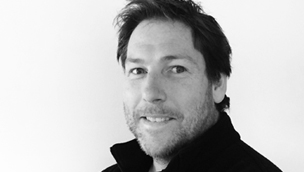 Wayne is a qualified cabinet maker and has 25 years experience in both domestic and commercial joinery. He has managed large teams and ran his own business for four years. Wayne has enjoyed working with Poggenpohl for the past ten years. He is enthusiastic about Team7, appreciating the craftsmanship and engineering in their solid timber products. 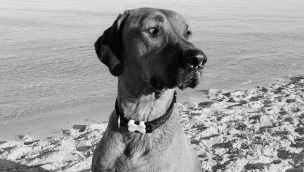 Born in Gippsland in 2011, Guinness was one of nine brothers and sisters. With a strong passion for food he slotted into the team at Pepper Design and is now responsible for security at the Richmond showroom.